What is a Highway?

Let's hit the highways. OK... but what is a highway?

The term highway can mean different things in different countries. So let's discuss it a little.

Let's hit the highways is what a lot of Americans say when they want to get away...

...whether it's for a short trip or a longer road trip vacation.

There are probably similar expressions around the world.

When you climb into a car close to home, you pretty much know what the roads are going to be like...

...But what will those highways be like if you're renting a car in a foreign country?

What Kind of Highway?

You should not go to... say, Madagascar... and expect the highways to be like those back home.... we know.  We didn't drive there ourselves, but we bounced over a few of those highways with our driver.

In the U.S., major highways are usually freeways, though there are some toll roads in the East.

What Is A Highway In California?

Let me use California as an example...

U.S. Highway 101 is a major freeway, two to five lanes wide in both direction depending where you are.

California State Highway 1, however, is a scenic, hug-the-coast, winding road that is only one lane wide in each direction all the way from south to north! Both 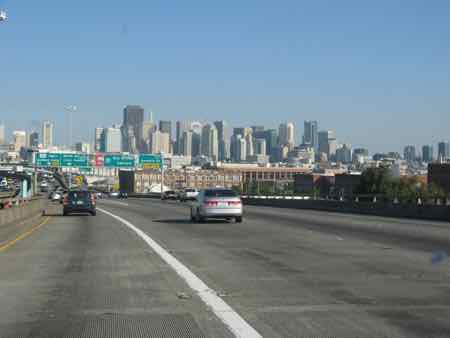 US Highway 101 into San Francisco 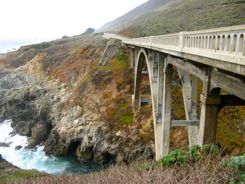 Both highways will take you from Southern California to Oregon and beyond in totally different ways.

You'll poke along slowly stopping often for the scenery on 1. 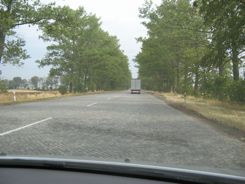 In Europe, you also have major highways that are free and some that are toll roads... and you can speed along on both.

But you will also find some national highways that are only two lanes and will take you longer to drive.

We were recently on a road trip in Poland, for example, and we encountered fast toll roads and slow two lane highways.

Highways Around The World

In some countries all the roads will take you more time to navigate. That was certainly the case in Madagascar.  In places like that, it's better to hire a car and driver.

Even in developed countries with vast open areas, you'll find narrow two lane highways.  You'll find that in the American West and in Australia's Outback.

Learn To Read The Maps

When you plan to hit the highways, you need to learn how to figure out just what kind of a highway you will be driving on.

While maps are not necessarily consistent, you can usually tell by the thickness and color of the lines designating the different roads and highways. The thicker the line, the bigger the road.

You can probably count on thick, double lines in blue, red or green being major roads that will get you to your destination in a hurry...

These are freeways or motorways or autobahns or autostrases.

Whether you have to pay a toll or not, they will be fast.

These are apt to be highways that are only two lanes wide.  They'll still be good roads, you'll just have to dodge more trucks and slow drivers.

Thin squiggly black lines are probably small roads that will take you to some great places...

...but you'll get there slowly.

Those are probably not highways... that's probably about the only thing that's certain.

What The Dictionary Says

So what is a highway?

The dictionary says it is "a main road, especially one connecting major towns", but that leaves a lot open to interpretation.

Do your research and allow plenty of time so you can enjoy yourself and not stress on how long it is taking you to drive from one point to another....

...that way "What is a highway?" becomes just an academic question, not something to worry about.